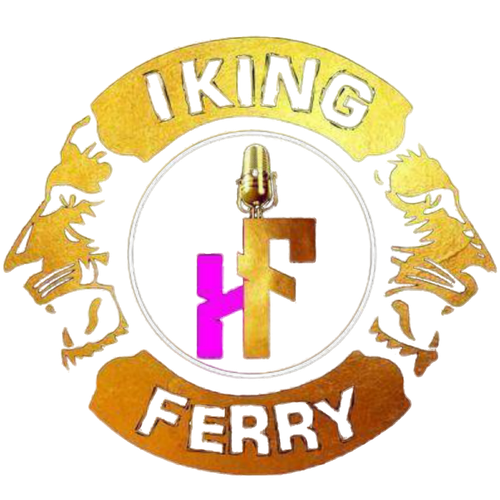 How to get your songs on Apple Music Top 100 Charts

It is a dream of every Independent musician to make it to the Apple Music Top 100 Charts because this has come to be a clear indicator that their Songs have Blown and the more money the artist makes from their streaming royalties.

The question now is, how does Apple Music determine the most Popular Songs in every Countries and region to be placed and updated on the Daily Top 100 Charts?

Well from my Experience in the Music Industry, Apple Music Considers the most popular Songs to be Curated on the Top 100 Daily Charts in Three different methods which include,

Sometimes this Arrangement can be manipulative because the Apple Music chart is updated three times daily by humans, not only that, All the Nigerians Radio and TV Stations Charts are Programmed by humans, and they may decide the number of times the station plays a song which the Radio airplay may not be based on their listeners demand.

Another big question that I receive frequently from Independent musicians is, how many numbers of streams does a song need to get the Apple Music Top 100 Charts?

From my experience as a digital strategist and music executive, in this article I will be using the Nigeria music Industry for example, as of October 2022, you need to get an average of 8 to 15 thousand streams daily in Nigeria to get to the Top 100 Nigeria Apple Music Charts.

Before we start, It is important to note that the steps I will be applying here is majorly for Nigerian musicians, but if you are reading this article from outside Nigeria, you can Apply the same process in your Country or targeted region.

Without good music, the chances of getting your song on Apple Music Charts are very low and there is no magic to this. your song must be Properly mixed and mastered by a good Sound Engineer and your lyrics should be relatable to people. People want to hear something new, people want to hear something they resonate with on Melodies and good tunes, think of music that people can listen to for years on end, without getting bored of it, a music that gives people a wonderful feeling.

You don’t have to make this difficult for yourself, In Nigeria, people love to dance, you can get a good producer to create a danceable beat, and the truth is that they love to listen to underdog stories. remember if you are reading this article from outside Nigeria, take your time to research for the best sound people in your Country like most.

After you have successfully recorded a good song, the next step to get your song placed on the Apple Music Charts is to plan ahead for your release, as a musician, you have to understand that planning is very important in your career because a proper preparation prevents you from poor performance.

Deciding on a release date early is very essential, you can develop your timeline for the release plan based on this date, and set deadlines for tasks that need to be completed in the lead-up to and after your release date. Let me tell you a secret for actual marketing and release strategy as an Independent musician, start thinking and making decisions about this roughly 1 – 2 months in advance.

This will enable you to distribute your songs on time, make all the necessary changes that may come up, and also enable you to generate your release Pre-order link which you are going to share with your fans on social media platforms.

Another Secret to know before deciding or releasing your music is that Friday is the Best day to release a new song, this is because most Editorial and Curators playlist on streaming platforms are best updated on Friday, so releasing your song on Friday might get your song added on New Music Friday Release, and some of the major playlist on that platform. Especially for established and upcoming artists. Friday is the best day to put out a new release, It’s when most record labels schedule releases, to maximize a full week of sales, and when you’ll find the most listeners eagerly seeking out new music to stream and add to their playlists.

Define the different stages and sketch out a promotional plan. Create a timeline and make sure you stick to it. Make notes on how you’re going to introduce your single, and create a viral anticipated video.

3. Make A Viral Video for Anticipation

After you have successfully planned and chosen your new release date, and have distributed your song Early before the release, the third step to get your song on Apple Music Top 100 Charts is to Create Viral Video Content for the release.

The viral anticipation video should be short and Creative, not more than 30 to 60 Seconds duration with your song Snippets playing in the background.

In the Nigerian Music Industry, a lot of music anticipation Videos have ended up going viral on social media platforms before the song’s official release date, If you are able to achieve this great mile, your song has a higher chance of getting to the Top 100 Apple Music Charts after the release.

When creating a Viral anticipation video for your Song, make sure that the video is unique and Creative in any way that people will like to watch it over and over without getting bored, this will trigger lots of your fans, music lovers, and Influencers to Join you on the anticipation by remaking and imitating the Original Video.

After you have successfully created a viral anticipation Video, the next step to get your song on Apple Music Top 100 Charts is to create a social media marketing campaign for more people to see the Video, Social media is one of the most effective tools to promote your song and reach out to a wider audience as a musician.

If you’re an artist that has built a good number of active followers on social media that consist of fans that love your music, getting your song on Apple Music Charts will be easier and faster because these are the people that will anticipate, share and repost the video more even before the release date for the love they have for you and your music.

Let me tell you one secret as a digital strategist, one of the fastest and most effective ways to market your music anticipation video to go viral is to focus more on Tiktok marketing campaign. In Nigeria and many other Countries, we have recorded numerous times a song went Viral on Tiktok than other social media platforms.

You can reach out to Tiktok Influencers to remake and repost your video using your Song Snippets on the Backgrounds and urges their fans to duet with the song snippets. It is very important to Note that the more highly engaged Influencers that use your song in their video the higher chances of your song snippet going viral.

If you follow and implement the above-listed steps in detail as I explained in this article, trust me before the release of your song the anticipation video is already viral on social media, by then your existing fans and lots of new fans will be eager to listen to the full song, and this is now the best time for you to start sharing the Pre-order links of the song to them to be among the first people to listen to the full song when is out.

With this, your song has a higher chance of getting to the Top 100 Apple Music Charts because it’s possible to get more than 10k streams on Apple Music on the official release date.

Press Release is very important in every industry, as an artist whose ambition is to get to the Apple Music Charts, Press Release Publications will improve your search on Google.

Immediately after your video went viral online, reach out to local News publishers or journalists in your Region to grant you a press interview, this will help optimize your brand name to be easily found by new fans and music Curators who are searching for your brand notability on Google search for playlist consideration

6. Submit to Radio Station for Airplay

Like I said at the beginning of this article, Apple Music Curators sometimes also consider Radio airplay Charts in placing a song on Apple Music Top 100 Charts. although many Nigerian Radio Airplay charts arrangement can be manipulative, if you have the money to bribe your way in, you can reach out to 3 – 5 of the Top Radio Stations in the Country.

This Step Should come after your Pre-order link is out, getting your Song on Apple Music Editorial Playlist is also one of the fastest ways to get to the Apple Music Top 100 Charts. a good playlist can generate a good number of streams daily from the playlist followers or subscribers. As Independent Musician, you need to look for a good and reputable music Curator or music promoter that has close relations with music Curators in your region to consider your song pitch on Apple Music Playlist.

Having understand how the Apple Music Charts works, If you follow and Implement the Above listed steps very well, your song must surely get to the Top 100 Charts. the steps I mention in this article are proven and guaranteed steps that I have applied in some of my artiste project that works 100%. you need to also know that Breaking the algorithms is one of the fastest means for your songs to hits no 1 on the Apple Music Charts, this means that If any of your previous releases have entered the charts before, the apple algorithms will recommend your New Song to lots of users that have listened to your previous released.

If you have any questions kindly drop them in the comments Box, I read and reply to all Comments within 24rs.

Iking Ferryhttps://www.ikingferry.com
My name is Iking Ferry, a Nigerian Entrepreneur, Media Consultant, Business & Brand Profiler, Music Executive, Writer, and digital Strategist with over 6 years of experience in online marketing and business development. I run an agency of professionals offering services related to Brand visibility, social media, SEO, and web design. I can help increase your brand awareness by creating a highly profitable Strategic plan and executing it based on your business, customers/target market, and goals. I am results-driven and research-based. I've worked in a wide range of industries as a digital strategist.